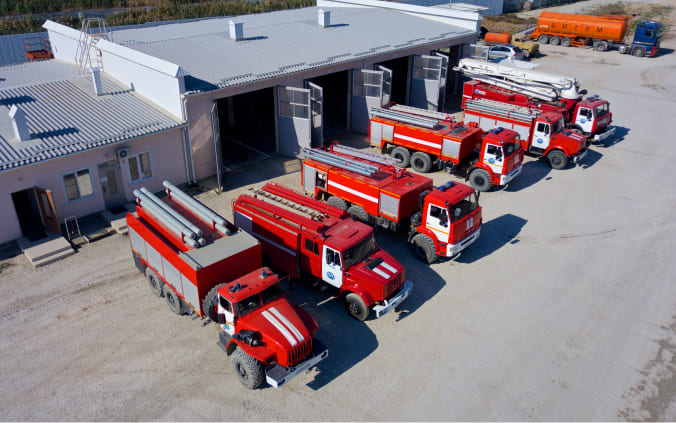 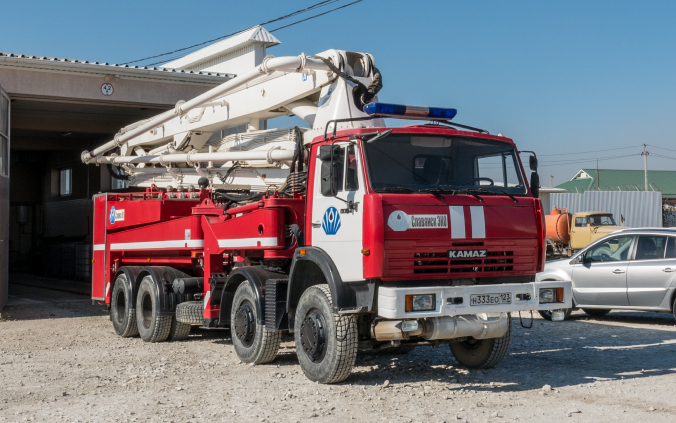 Slavyansk ECO foam towers have a stream range of up to 120 m and are able to extinguish fires using tanks with a capacity of up to 50 thousand m3.

The plant has a fire department. The crew consists of 9 people: head of the crew, three fire tanker drivers, two drivers – foam tower operators, and three firefighters. The crew is armed with modern firefighting equipment: four fire tankers with a tank capacity ranging from 2.5 to 6 m3 each, a foam tower with a ladder 38 m long and a stream range of fire-extinguishing agent of up to 120 m with its own foam tank with a capacity of 5 m3.

All employees of the fire department underwent specialized and elementary training, have extensive practical experience and consolidate their knowledge and skills in the process of planned daily theoretical lessons and weekly practical trainings conducted on the plant premises, as well as during the fire and tactical drills in the Akhtyrsky village. The drills are held annually and that is when the crew members practice their skills and the plant’s firefighting equipment is tested for extinguishing burning RVS-1000 tanks. During the drills, the crew’s readiness and ability to act in extreme conditions, as well as the unique capabilities of the plant’s firefighting equipment, were confirmed. Thus, during an exercise drill in April 2013, the time to extinguish a burning RVS-1000 by a firefighting foam truck from the moment the foaming agent was discharged into the tank was about 7 seconds. The training of all staff members at the plant is carried out weekly in accordance with the Plan of Key Activities in the field of civil defense, emergency prevention and recovery for the current year.

During the drills, the plant’s employees practice for any possible emergency situations: spills and leaks of petroleum products, depressurization of tanks, formation of a fuel-air explosive cloud, explosions and fires, derailment, accidents in pumping stations, etc.

Based on the results of each drill in structural units and in the fire department, staff members are debriefed, their actions are analyzed and they are tasked with eliminating the identified shortcomings. Such work has led to the fact that any unexpected input during drills and abnormal situations in everyday work are dealt with at a high level, without mistakes and fuss, competently and successfully.